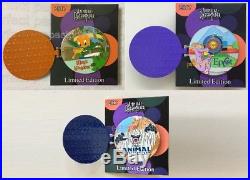 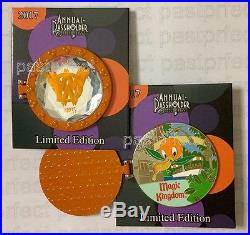 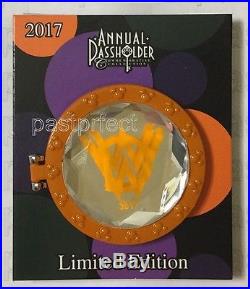 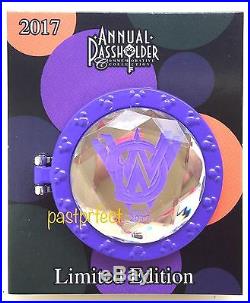 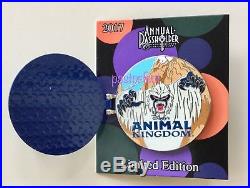 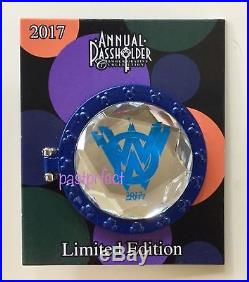 All items offered by Past Perfect Pins & Collectibles. Are in new, mint condition. This 3 pin set consists of the first, second, and third in a quarterly series of WDW 2017 Passholder pins featuring each of the theme parks of Walt Disney World. Each hinged pin has a “crystal” 3D dome which reads “WDW 2017″. When opened, it features a character in one of the parks. The first pin represents Magic Kingdom and features Orange Bird at the Jungle Cruise attraction. The second pin represents Epcot and. Features Figment in front of his Journey Into Imagination attraction. The third pin represents Animal Kingdom and features Yeti from Expedition Everest. This listing is for THREE PINS ONLY, photos show pins in open and closed view. Each pin comes on its original Annual Passholder 2017 backer card, as pictured. Past Perfect Pins & Collectibles. The item “Disney 3 LE Pins Passholder 2017 MK Orange Bird Epcot Figment AK Yeti WDW” is in sale since Monday, July 24, 2017. This item is in the category “Collectibles\Disneyana\Contemporary (1968-Now)\Pins, Patches & Buttons\Theme Parks\Walt Disney World”. The seller is “pastprfect” and is located in New Jersey. This item can be shipped worldwide.